It was a brilliant sunny day at last – perfect for Mardi Gras day. So how fortunate that there was an impromptu pancake day parade round the old town with Steve’s iota little giants. It was the debut of George Peck, Farout Man and Alien Airman who were accompanied by Party Animals, Uncle Tudor, the Clowns, Mrs Flowers, Rumplestiltskin, Mrs Cakehead, a bunch of happy friends and volunteers and a quartet of musicians.

Jim and Lee were the fiddlers, Mandi played the mandolin and I donned a pair of holy wings and a strange bird mask and beat the rhythm on a cool drum I found lurking at the back of Steve’s studio space.

We paraded out of Princess Quay to Trinity Square where we were invited into Holy Trinity Church by the vicar, so we danced round the beautiful church before heading down Whitefriargate, back into the Quay, and then all out for pancakes!

Dexter brought his camera and Steve asked him to be the ‘official’ photographer. He took some ace shots, and here they are.
.
Dexter’s photos – click on an image to see the full picture and scroll through… 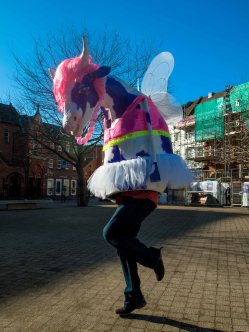 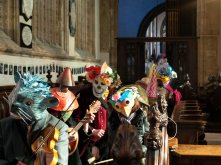 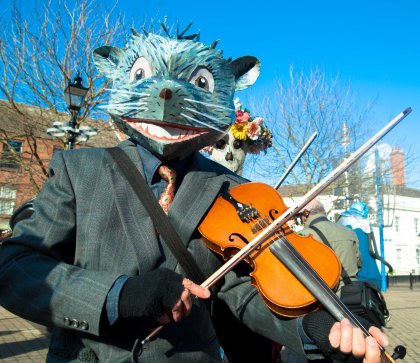 Guess who this is? 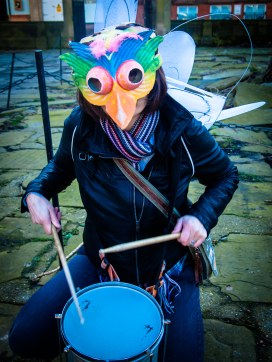 Mandi and the mean mandolin 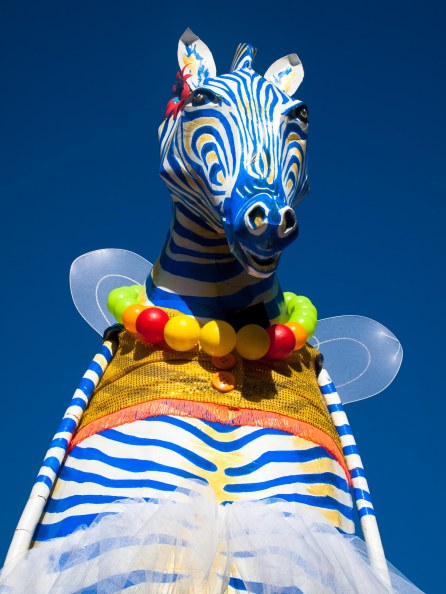 Alien
Pancake Day Parade – brought to you by Steve Elliott and iota visual arts – a “we’re gonna do it anyway” production to celebrate Hull 2015.