So that's it, our Slow to Fade reunion tour is over and we had a joyous adventure and the response has been unexpectedly amazing for us. Here's the last set of photos and round up from the final gig of the tour at Birmingham's O2 Institute. Big high five to all involved and a heartfelt thank … END_OF_DOCUMENT_TOKEN_TO_BE_REPLACED

I have a new project to unveil for 2021, a collaboration with chief Celtarabian Quentin Budworth who spent the year before lockdown touring Europe meeting with other top hurdy-gurdy players exchanging tunes, techniques and experiences. This is the first of the preview tracks, our arrangement of the French folk tune Il N’est Plus Temps composed … END_OF_DOCUMENT_TOKEN_TO_BE_REPLACED

We've had some fab nights out at Small Seeds in Huddersfield, lovely welcoming live music venue with terrific sound and lights. We're delighted that our next Loudhailer Electric Company gig is back at Small Seeds on Saturday November 23rd, double header with superb experimental alternative duo Terra Fin. Be great to see you there, here's … END_OF_DOCUMENT_TOKEN_TO_BE_REPLACED

Highly recommend a visit to Hull International Photography Festival in Princes Quay, Hull, HIP Gallery. Lots of exhibitions including Open Bridges Engines and Insects exhibition of Rich’s fabulous big pattern photographs of the River landscape.which you can see in the gallery on the main entrance concourse. Open afternoons until 28th Oct free of charge. Info and pictures at the link

The Engines and Insects exhibition is part of Open Bridges, a growing series of photographs of the landscape and buildings on the journey down the River Hull as never seen before. 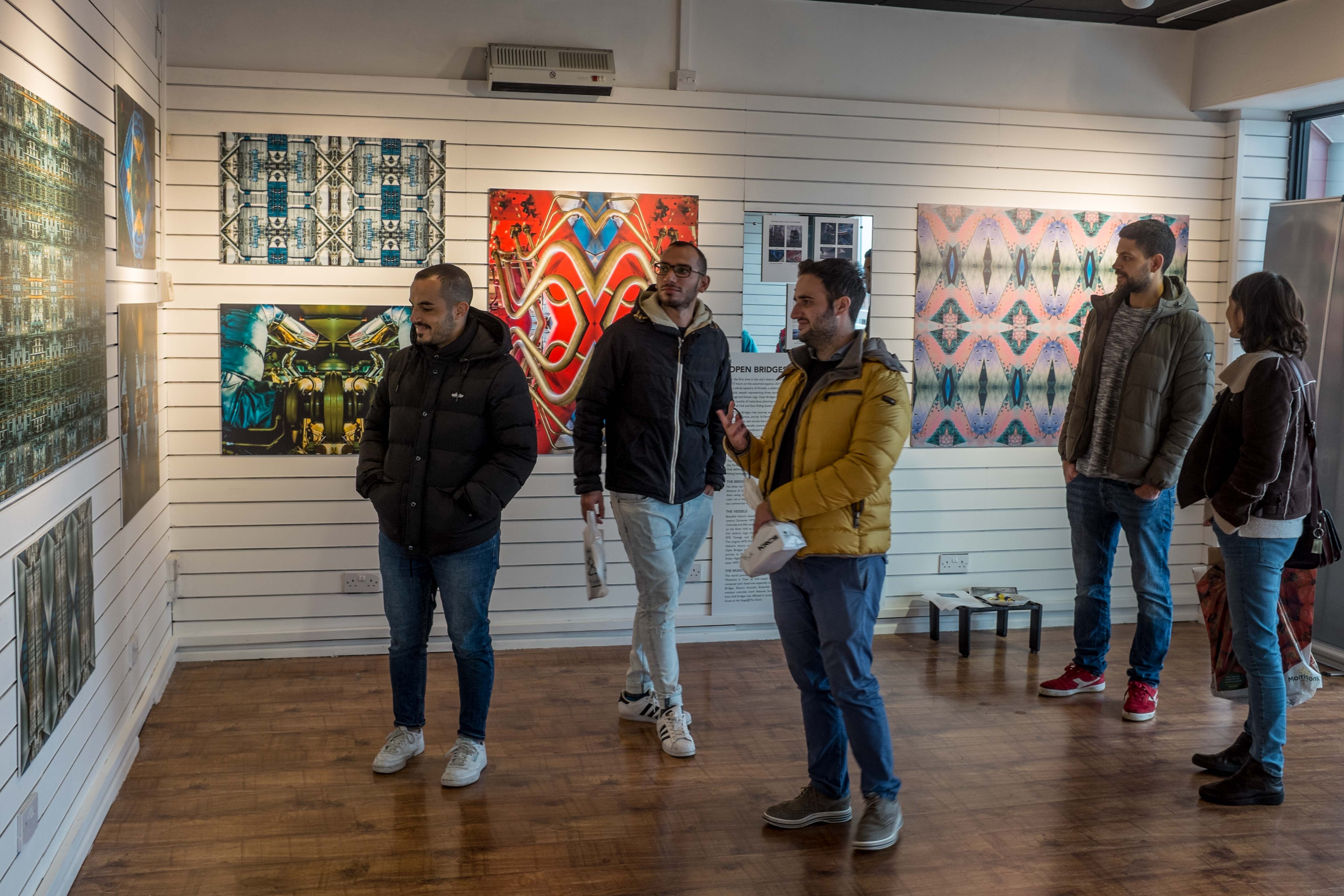 Rich took the photographs on the Open Bridges barge journey down the River and then transformed them into patterns in the style of photographer Horst P Horst’s ‘Patterns from Nature’ (1946), originally inspired by Karl Blossfeldt at the turn of the 20th century. He carefully made each image by taking a section of the original source photograph and manipulating it digitally using basic darkroom techniques of splitting, mirroring and tessellating the image to create the exhibition pieces. 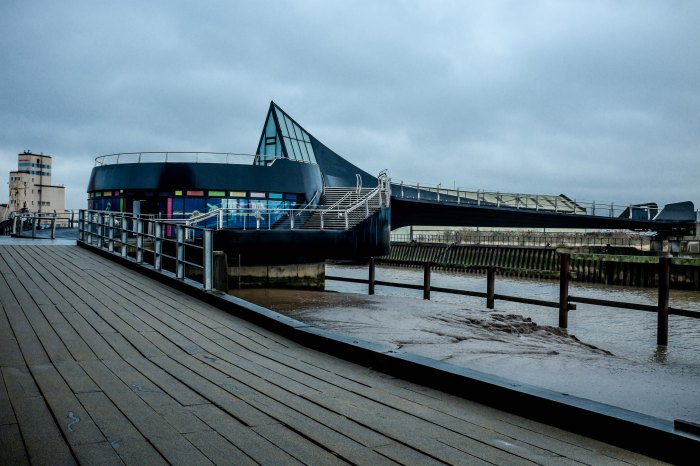 Photos and observations from our day at the Open Bridges exhibition yesterday. There’s been a lot of questions about the “Engines and Insects” art photography part of the exhibition. The images follow the photographer Horst P Horst who first published the technique in Patterns from Nature in 1946. Rich created them digitally using basic darkroom techniques, not an app – the pictures are as hand made as they can be!

We’ve had many visitors to the Open Bridges exhibition at Scale Lane Bridge and many fascinating conversations with local people who’ve worked the river for years as well as  visitors from out of town. One of the recurring themes is the importance and the beauty of the river Hull from different perspectives such as “it’s special because it’s untouched and industrial” to “why do we name our city after a river we care so little about?” One of the team members who closed Myton Bridge to traffic on the Open Bridges night visited and said he’d met people on Myton when the city split in two who spoke emotionally of the importance and meaning the event had for them.

There’s been a lot of questions about the “Engines and Insects” art photography part of the exhibition. The images follow the photographer Horst P Horst who first published the technique in…