I have been lucky enough to play the York Gamelan, Gamelan Sekar Petak (white rose, in honour of York’s white flower symbol) with a lovely group of people, some experienced players. Recently I had a chance to return to the Hull Gamelan, Gamelan Kyai Sri Jaladri Nage – Rise of the Sea Dragon – which was the first Gamelan I played back in 2002.

I recorded an experimental gamelan piece for a short film score, have a listen listen it while you read on:

Here are some recent Gamelan antics:

Playing the Bridge is a cool collaboration which transforms Hull’s Scale Lane Bridge into an interactive musical instrument as part of Hull 2017 City of Culture. It is an artistic commission and performance devised by bridge architect Jonathan McDowell and composer Nye Parry who are both Gamelan players – and coordinated here by Hull Gamelan’s Laurence Rugg. The soundscape piece we created was performed on Scale Lane Bridge alongside music which our Gamelan group has been working on with Laurence. Like the Gamelan, the bridge can be played by striking the metal work to make tuned sounds. 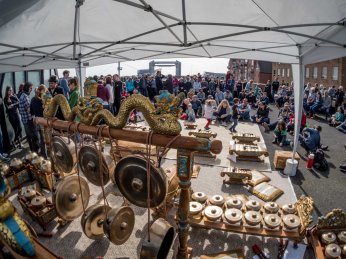 Playing the Bridge at Scale Lane

The project culminated in a sound a light installation by Madi Boyd inside the bridge, have a look here:

It was such a feast for the senses playing in the Gamelan Sekar Petak’s annual concert in York. Under the direction of Neil Sorrell there was a superb array of performers and collaborations – shamen, shakers, flutes, dancers, singers, Coritani from Humber Taiko, Global Grooves ensemble, Samba York, atmospheric lighting and during the amazing Ida-fixe sago fertility ritual, the scent of incense.

Here is the group playing the opening piece (and first piece ever played on the York Gamelan in Solo, Central Java in 1981) Ladrang Wilujeng. We also played Lancaran Maynar Sewu (a thousand weaver birds, including singing and  my favourite part, the bird like sounds ‘cru-wat cru-wit) and David Hammond’s collaborative composition, Gambas Sambal with Samba York. 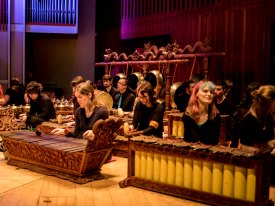 We had a Northern Gamelan Network session with John Pawson – wonderful sounds and lots of fun. And the Gamelan looked gorgeous under the lights. 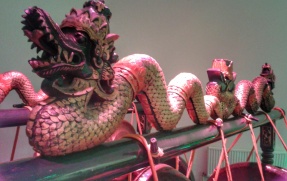 Rise of the Sea Dragon 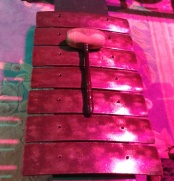 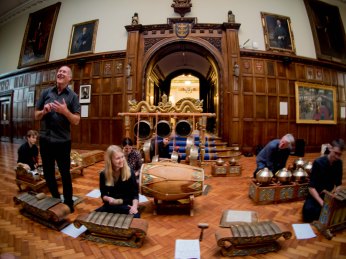 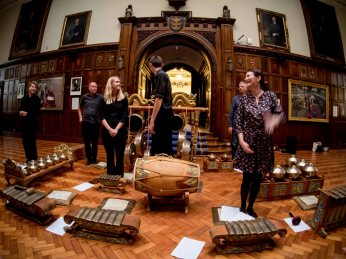 Rich & I wrote and recorded The Gamelan Night Heron as the soundtrack to Linda Martin’s art film. I used some gamelan instruments – the saron, slentem and gender – and explored different ways of playing them for this recording. You may notice that I have a strange vocal accent. This is because I recorded Rich’s vocal, then flipped it round so it was backwards, I listened, and copied the backwards vocal, recorded it backwards then flipped it back round again.

There is a film cut of the music, and a radio edit. With thanks to Hull Community Gamelan and Alan Raw for djembe and rainstick. Rich & I perform The Night Heron with our full psychedelic band, the Loudhailer Electric Company.