Thanks to everyone who came to play and listen at last night’s Loudhailer Acoustic. There was an incredible richness of performances; some welcome returners, some new guests and collaborations and a good smattering of new protest songs. Something in the air last night inspired  particularly spirited sets – it could have been the lunar new year’s eve… or maybe it was having such a good stage and lights at our new friendly venue.

Click on the pictures to enlarge and scroll through. 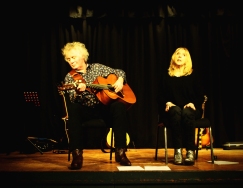 Gifford and Joan were the real deal 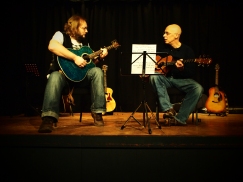 Karl and Graham set the scene 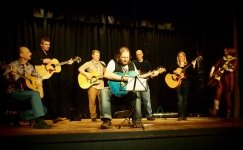 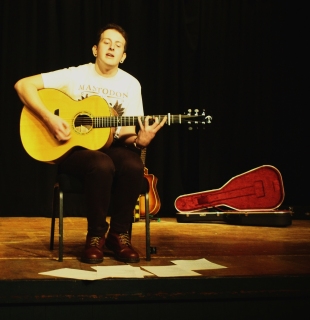 Welcome back to Tom, new album in hand

We opened the night with a song from our forthcoming Auricula Suite release and then settled down to listen. It was lovely to welcome our West Yorkshire friends who were on top form. There were lots of special moments: Karl and Graham’s collaboration; Chris Scarlett’s ‘Something in the Night’ true tale of mine worker Frankie Parker; Gifford and Joan’s ace performance of songs about Biko, Rosa Corona, and Gifford’s single, Saturday Picture Show, from his brand new album; Andy Stephenson (a Smuggler alone, but everyone joined in with his scandalous tale), Jeff Parsons’ haunting new song, From My Cold Dead Hand; a lovely set from Saffron; a welcome return from Tom Kay with three coolly performed songs from his new album; and all topped off with Martin Clappison’s rousing round up.

Lou baked the cakes and biscuits, MC Rich was behind the lens.

Thanks again to the team at Willerby MC Hall.

All welcome to the next session, Saturday March 9th, let us know if you are coming to play.