Something really unexpected has happened and we are over the moon! It all started because we are musicians with a garden full of Primula auricula flowers.  We are totally chuffed to find out that we have had a beautiful new flower named in our honour by specialist auricula growers Robin and Annabel Graham of Drointon Nurseries near Ripon.

Here it is, Primula auricula Loudhailer, a brand new cultivar of the popular alpine border flower with lovely yellow petals, a pink blush and the most beautiful delicate scent. Click on one of Rich’s photos to see the full flower and scroll through… 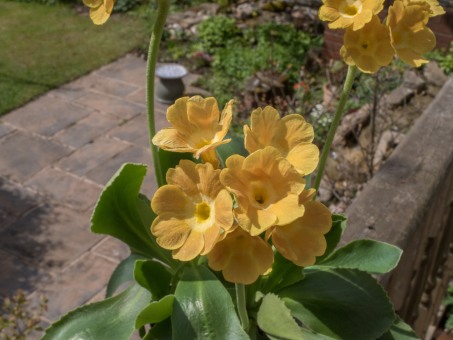 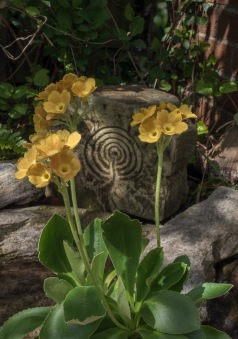 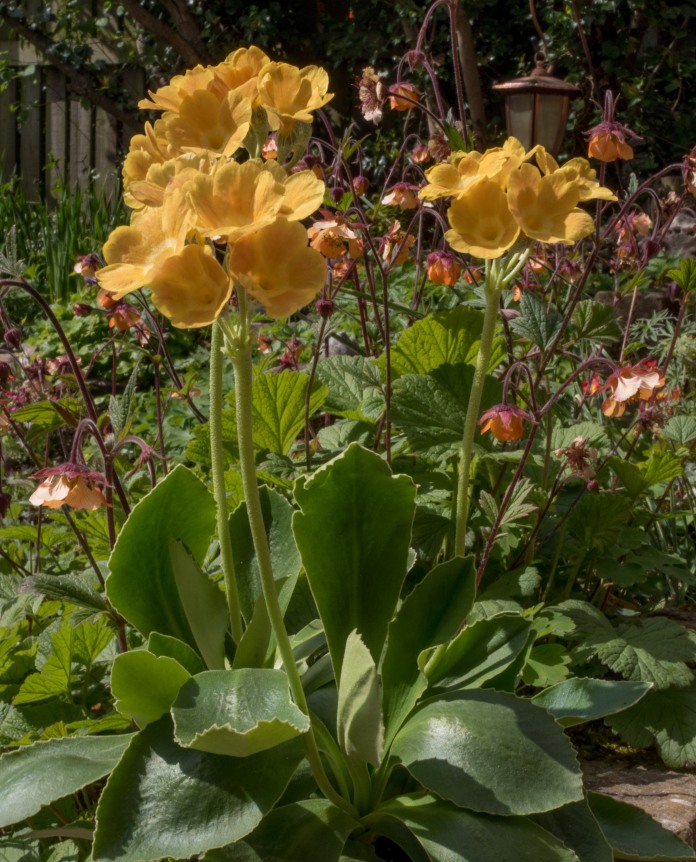 After growing Primula auriculas and investigating the social history behind the flowers we wrote The Auricula Suite – a set of songs telling a re-imagined story of a historical journey to a new land. Inspired by folk tales of the alpine flower and its 16th century journey to England with the Huguenot refugees, it is a tale of love and loss, persecution and a new beginning.

We worked with Robin and Annabel Graham of Drointon Nurseries to present a number of concerts with Primula auricula shows and launched the songs with a concert and flower show at the National Trust’s Calke Abbey, site of the oldest auricula theatre – a traditional way of displaying the flowers – in England.

Chelsea Gold Medallists Robin and Annabel Graham of Drointon Nurseries have been growing Primula auriculas at their Ripon nursery for over 20 years and hold the national collection of border auriculas.

“A few years ago we germinated about 3,000 seedlings from seed collected from our National Collection® of Border auriculas. From these we selected 8 plants that we think show promise. The rest have been sent to the compost heap! So far, we have named 4 of them and ‘Loudhailer’ is the next in the series.

If you breed a new cultivar that offers something different visually you need to make sure that it has a good constitution before releasing it. So, in the case of a Border auricula, this involves planting them outside for a couple of years and checking that it is robust enough.

We have had the pleasure of working with Rich & Lou Duffy-Howard at several gigs of ‘The Auricula Suite’ over the years and so with the recent launch of their album their band name ‘Loudhailer’ was an obvious choice.”

Previously named flowers include ‘Alice’ after Alice through the Looking Glass, ‘Brunhilde’ from Wagner’s  Ring Cycle, and ‘Charlotte’ released at Malvern soon after the birth of Princess Charlotte. As is usual with a new cultivar, stocks of Primula auricula Loudhailer are limited this year and will be plentifully available from Drointon Nurseries in years to come.

It’s just amazing how this wonderful flower continues to bring people together. Having a new cultivar from Robin and Annabel named after the band is a true honour, the colour, scent and everything about it is perfect.

So, we are absolutely surprised and thrilled. Here’s a big thank you to Robin and Annabel at Drointon Nurseries. You can read the press feature here HDM feature by Hannah Robinson 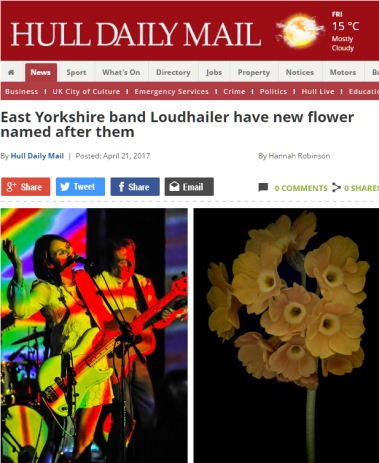 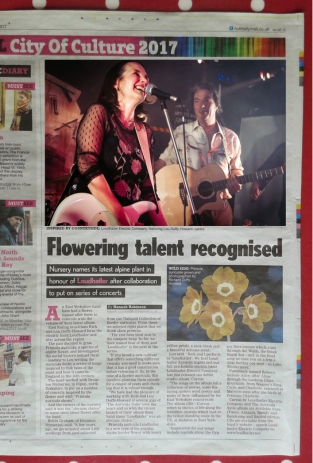 The songs on our Loudhailer Electric Company album, Cursus, tell a collection of stories, some featuring spoken word poetry and many of them influenced by the East Yorkshire countryside. The album title – Cursus – refers to stories of life along the Neolithic courses which lead to the tallest standing stone in the UK, at Rudston in East Yorkshire. Inspiration for our songs include legends about the Gypsey Race stream which runs through the Wolds, the bleak North Sea – and in the final song we take you on a trip a little further out west – to Lake Windermere.