What a fab evening it was in the Cafe yesterday, with great performances from old friends and new.  We got the ball rolling with a beach song and a road song and tried out the new Auricula Suite song, In the Greenwoood. Then we settled down with the audience to listen to everyone’s set.

Andy Pyke kicked off the the opening track on the first ever Beatles album and played a trio of top tunes which really got the session going.

Then Karl Oakes’ included some brand new songs he had written in the afternoon and a howlin’ Loup Garou  (the best howls came from Alyx’s corner).

A few months ago Andy Pyke played a song we particularly liked – Ride a Wild Pony by Gifford Rolfe – so it was a real treat to welcome the next guest, all the way from West Yorkshire, Gifford Rolfe himself. Gifford told us some great stories of his songs, and played a terrific set, we loved the cowboy songs.

Next up and rounding up the first half with some especially cool songs and storming upside down left handed guitar was our friend Jeff Parsons.

There was time for a couple of poems from Rich (dedicated to good clean air) and another round of songs from our session guests, including a request (Down by the River) from Andy, one of Karl’s Surround Sound extravaganzas where all the guitarist join in (C sharp, capo on 9th fret!) and what we were waiting for, Gifford’s song for Billy the Kid, Ride a Wild Pony. Cool.

Thanks to everyone who came to play or to listen, and of course to cafe owners Laura and Paul for their hospitality in the lovely cafe.  (NB. session has now moved to Willerby Methodist Hall)

It was another fully booked session, looking forward to the July session (Saturday 14th). It’s always the second Saturday of the month, showtime is 8.00 pm.

See you next time!

Click on the images to enlarge and scroll through… 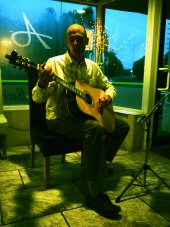 Jeff and his storming upside down guitar 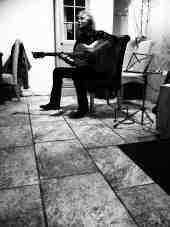 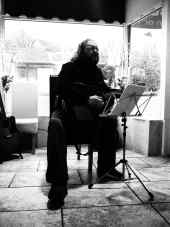 Andy Pyke, Down by the River to Pray 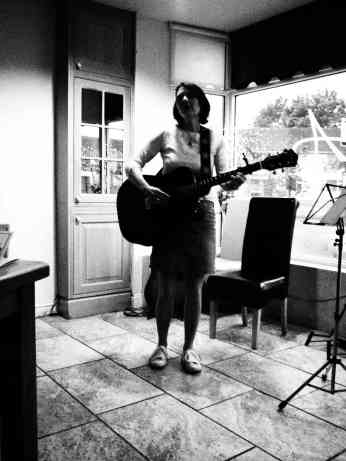