We were delighted to welcome amazing soulful singer and The Voice finalist Sally Barker and dazzling slap & tap New Jersey guitarist Vicki Genfan to a Loudhailer special last night – our first event in partnership with the excellent venue The Back Room in Cottingham. What a treat it was. Sally is no stranger to Loudhailer Acoustic having enchanted us twice before, last time with with a show of superb musicianship and wordplay with guitar virtuoso Vicki. Last night’s performance to a full house made for another thrilling musical journey.

Super talented Vicki opened the show with a set including a beautiful lush instrumental, perfectly titled ‘Joy’ and her stunning signature composition Atomic Reshuffle which won her the Guitar Magazine Superstar award in 2008.

Vicki is the only woman to win the prestigious award, and with judges including Joe Satriani and Steve Vai, that’s no mean feat. Vicki’s compositions were complemented by versions of two lovely songs, Marvin Gaye’s Whats Going On, and a beautiful spacey-twinkly version of The Beatles’ Norweigan Wood.

Sally joined Vicki on stage to huge applause and the crowd were treated to a gorgeous rendition of Leaving on a Jet Plane before Vicki left the stage and Sally introduced her band for a set of fabulously entertaining songs. Whether you know Sally from her days of performing on the folk scene and opening for the likes of Robert Plant and Bob Dylan, fronting all women folk super-group The Poozies, or being mentored by Sir Tom Jones in the final of BBC’s The Voice, you could not fail to be enthralled.

Sally interspersed her songs with some lively behind the scenes tales about The Voice – what it was really like to stroll into Covent Garden to go busking with the super famous style agent Sir Tom. Every song was a highlight last night, soulfully sung – note perfect – and stylishly accompanied by the band. Amazingly precise guitarist Ian Crabtree is the most understated electric guitarist I have ever seen – fabulous. The dulcet jazzy tones of Glen Hughes’ keyboard made for a beautifully smooth sailing sound throughout the evening. There was plenty of harmonious audience participation in Sally’s traditional folk ballad Haul Away and incredibly catchy Talk About Money. From old favourites – Elephants and beautiful ballad Sleepy Eyes, up tempo Bessie Smith influenced Sugar Daddy to tracks from Sally’s newly re released album Maid in England, the songs flowed through the evening. Sally made sure that anyone who knows her from The Voice was not disappointed, captivating the audience with stunning versions of her winning songs. There was a fantastic atmosphere in The Back Room. Sound man Neil Segrott came up with the perfect sound and the club was packed to capacity for this, the last date on Sally’s UK tour with special guest Vicki.

The evening was special for me as my Mum and bro Rob drove up especially for the concert. We had chance for a good catch up, and a bit of a reminisce about those days back then when Sally and both my brothers Mike & Rob were busking in Paris. So, from busking with Mike & Rob Howard to busking with Sir Tom Jones…Sally might have come a long way, but there were some stories from those days outside the Pompidou Centre last night too.

Just a little aside here. Regular frequenters of Loudhailer Acoustic will know that we are known for great music, a great audience and friendly atmosphere and …cakes. Homemade cakes. Well, I have it on first hand experience that Ian is not only the master of the understated Telecaster solos, but also the baker of the most delicious vegan brownies. Yum. What a great start to our collaboration with Paul Sutton. Really looking forward to our Loudhailer Acoustic all acoustic open mic nights starting at The Back Room – the first Thursday of every month starting on October 2nd.

Thanks to everyone involved in the gig last night, what a top night, fantastic!

Have a look at Rich’s photos. Click on an image to see the full picture and scroll through…

Leaving on a Jet Plane 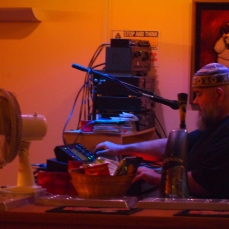 Neil at the controls 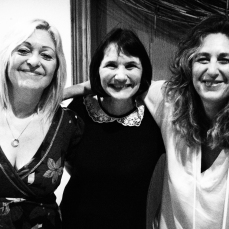 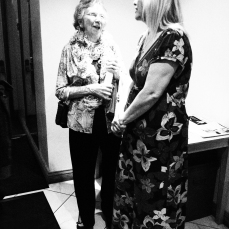 Mum and Sally catching up 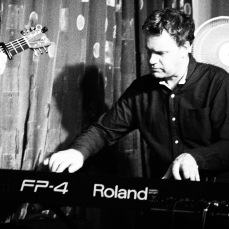 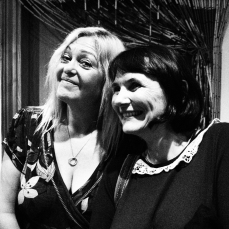 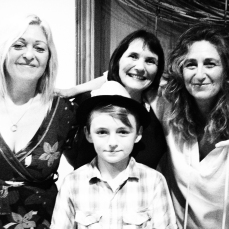 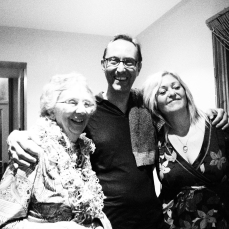 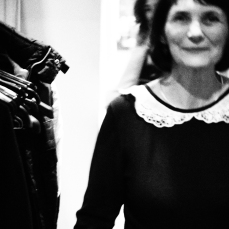 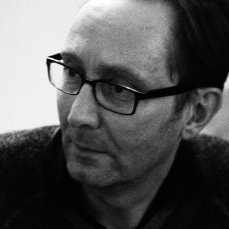 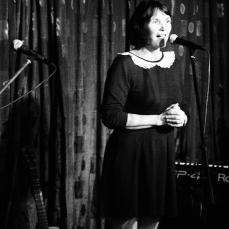