We were lucky enough to be in the audience of Project Strings’ inaugural concert of around 30 talented musicians playing a fabulous mixed programme of string arrangements.  The 70 strong audience in St Mary’s Church were treated to a superb evening of music from over the centuries – contemporary, classical and baroque, all with a great vibe. 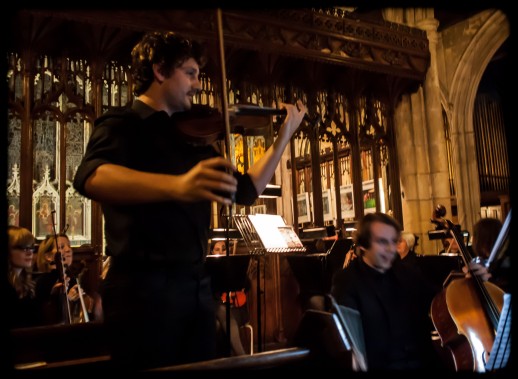 The venture of University of Hull students Chris Heron, Sam Kitchen and Alex Simpson, Project: Strings gives players from different backgrounds the opportunity to play for the sheer love of music. Rather than the usual weekly rehearsals, the players came together for the first time the day before the concert for a weekend of intensive rehearsal. The result was a fresh vibrant atmosphere and a wonderful sound. Highlights included a great fun mashup arrangement of Beethoven’s fifth with a selection of Beach Boys classics, and Lady Gaga featured in the Parisi String Quartet’s guest performance. The second half opened with a powerful and measured rendition of Karl Jenkins’ Paladio before we were totally blown away by Tom Bertolotti and Chris Heron’s thrilling cello and violin duo, Halvorsen’s Passacaglia on a theme by Handel. It was an absolutely awesome impassioned delivery, and hugely inspirational. A tough act to follow but beautifully done with Barber’s Adagio for Strings – such an evocative performance – and then the delightful finale, Bach’s Double Violin concerto with no less than six marvellous soloists.

All that, and a glass of wine at the break to boot, what a great evening. I reckon we’ll be the envy of many in years to come, to be able to say that we were there at the very first Project: Strings concert. Here’s to the next one! 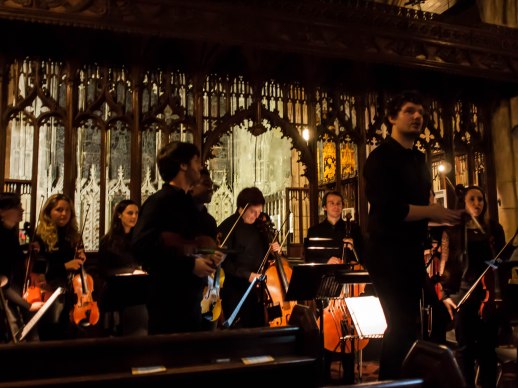