Thanks to everyone who came to this month’s Loudhailer Acoustic. It was a lovely relaxed evening of fantastic eclectic performances. Brilliant to welcome new faces in the audience as well as on the stage. Rich and I brought our little Big Six harmonicas and opened the show with two murder songs and one accidental death song, but our first guest of the evening – Jack Parker – turned things around with a set of love songs from his brand new debut album, Love Like Her. With both standard and deluxe versions to hand – two years in the making – Jack played a cool and beautiful trio of original songs.

Once again there were magic moments in everybody’s set. Jim Orwin was mesmerising, his poetic lyrics and classic arrangements complemented this time by a little more of the story behind them. Jim’s voice is reminiscent of Scott Walker and his songs tell such evocative stories, like a kind of Saturday Night Sunday Morning film set.

Performance poet Catherine Scott closed the first half with a superbly sassy set of a selection of poems from her first book – of which there were a fair few signed copies in the audience by the end of the night. Catherine is one of three of tonight’s performers featured in our Untold Stories HullSongs project. Everyone is welcome to the launch night, it would be great to see all our Loudhailer friends there. Friday November 27th, 7.30 pm at a great venue in town, Kardomah94 theatre café bar. The evening will be a special version of Loudhailer Acoustic with music and spoken word performances from a selection of Hullsongs storytellers, and the launch of the exhibition. It’s free entry, but to be sure of a place you can get your free ticket here.

Rich opened the second half with two poems before Graham Graham Beck’s theatrical extravaganza telling tales of all sorts of things possibly lurking behind the fireplace, Great Yarmouth Waxworks in 1978 – it took me right there – and a storming version of his epic superhero song I Am The Batman, complete with bat and bat hat of course. Next up there was a big Loudhailer welcome for the first time to two fifths of The Uncharted, Tom and Georgia who played a lovely set of original songs and one cover, all beautifully sung and played with style.  Phil Parker came to watch the show last month, and it was good to see him on the stage this time with a set of all original songs, bags of rhythm and a bluesy voice including a particularly poignant song dedicated to the memory of his Dad.

It was terrific to welcome our Springboard and Filey Folk Festival buddy to close the show, a great entertaining set as ever from Dennis Caruana. Good humour and a lovely sounding guitar was just the ticket to round off a great night.

Here’s Rich’s photos, click on an image to see the full picture and scroll on… 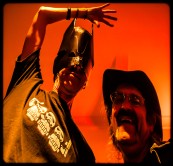 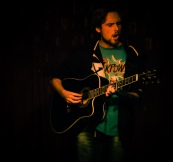 The Uncharted Georgia and Tom 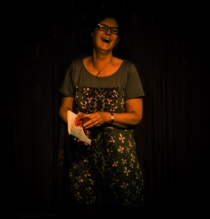 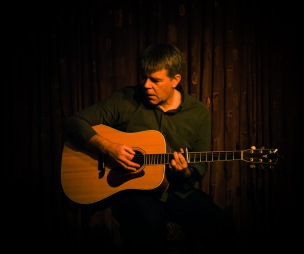 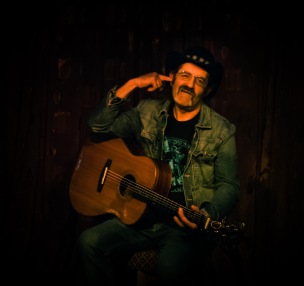 Thanks to everyone who came to play and listen, a great audience, fabulous performances all round and to Paul Sutton at The Back Room in Cottingham, a top live music venue.

Make a date for the next Loudhailer Acoustic, the first Thursday of the month, so November 5th Bonfire Night  I’m sure there’ll be something suitably special, so come and join us – full details here, be great to see you there!