So, another year of Loudhailer Acoustic has gone by – the last one of 2015, it was a terrific night. Thanks to everyone who came to play and listen to the music – such an eclectic entertaining night including a good smattering of seasonal winter songs in a lovely venue, with craft beers to boot.

Rich and I opened with a couple of poem songs, and then we managed to fit three song sets from over a dozen fantastic performers. Graham Graham Beck’s show featured chocolates, cardboard and his HullSong – The Fridge – accompanied by model Frigidaire and lyre playing frog of course, followed by Brian Williams’ selection of old time harp tunes and classic blues songs which got every single person grinning and stomping along. You’ll be hard pushed to see anyone play harp as good as Brian does – anywhere. Graham Brady played a cool set of his slick dark side songs, beautifully measured, a real treat to hear. There was a fine welcome to Enrico and Liz – Common Ground – their first time to Loudhailer Acoustic, with their groovy bluesy set and good easy repartee. Next, it was great to welcome Jim Orwin with three compositions that we’d not heard before. First up, his brand new brother song to Gypsyville Girls – Boulevard Boys – superb. Followed by two original songs for Christmas, beautiful and elegantly played. Great to welcome back Dick Appleton who closed the first half with his stylish fingerpicked guitar songs and plenty of his trademark banter.

After a half time beer and a chat Dez Allenby was joined by Martin Peirson and Cathy for some seasonal winter wassailing, and then Dez warmed us up an awesome shruti box and concertina version of Wheels on Fire. Martin’s lovely rendition of Alan Hull’s Winter Song was followed by In Your Dreams with Dez on concertina. Fab! Next up, Roy Kibbler’s splendid selection of poems took us through a spectrum of emotions and featured dogs (House at Poo Corner, hilarious), a dose of nostalgia and his behind the façade observations of Barcelona. There was a really warm welcome for Gifford Rolfe, who treated us to two favourites, Northern Song and his most covered and infectiously catchy James Dean in the Rain (which incidentally made three lyrical mentions of James Dean tonight – did you spot them all?). Gifford was joined by Joan Foye and they played a beautiful song in which, unusually for Joan, no one died. We loved it. So, to top off the night, the last performer at Loudhailer Acoustic in 2015 was Frankie Flowers with a charming set of original songs and one for Christmas. What a great show!

Here’s Rich’s photos, click on an image and scroll along… 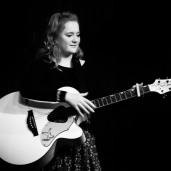 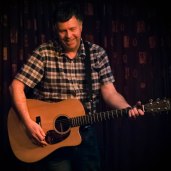 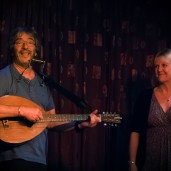 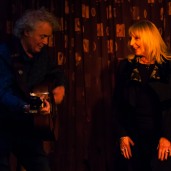 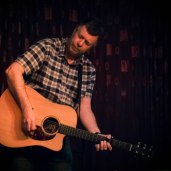 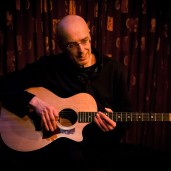 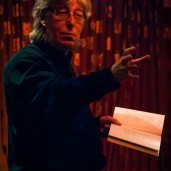 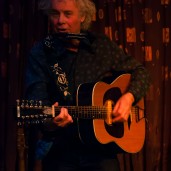 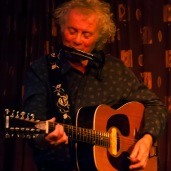 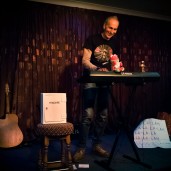 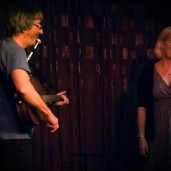 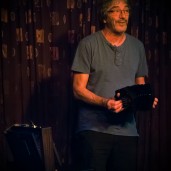 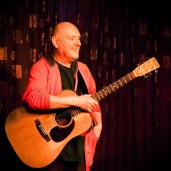 Thanks to everyone who has come to Loudhailer Acoustic over the year, to play and listen, and to Paul Sutton at The Back Room in Cottingham, a top live music venue.

Make a date for the next Loudhailer Acoustic, the first Thursday of the month, so January 7th – see you next year! Come and join us – full details here

Just before we sign off, please note there is a date change for February – on our usual first Thursday, Feb 4th we are putting on the fantastic Sally Barker at The Back Room. Sally sold out last time so if you would like to come, get your tickets in advance from the venue. Loudhailer Acoustic in Feb will be the next Thurs 11th Feb, then back to the usual first Thursday in March.

A Selection of Roy… 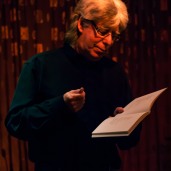 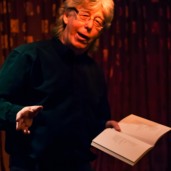