The first Loudhailer Acoustic of 2016 was a corker, thanks to everyone who came to play and listen. It was great to see new people in the audience, and to welcome a host of brilliant performers.

Rich and I opened the show with The Same Sky and Weatherbird and then Mike Chorley took the stage by storm and belted out a couple of storming originals with great entertaining introductions. Gifford Rolfe played two songs from his fabulous recent album  – Between that Ocean and this Sky – before Joan Foye joined him for an absolutely brilliant duet of Dylan’s ‘She belongs to me’, what a terrific start to the night. Roy Kibbler’s  set included his poem about looking back, and going back to his home town which struck a chord with me for sure, it’s time we paid a visit to Manchester. [But in the meantime we are heading to Wakefield next week – Rich and I are delighted to be joining Gifford, Joan and Roy and playing a set at the Yorkshire Acoustic Performers Collective evening.] Next up Jeff Parsons was joined by Dark Secrets drummer Kelvin Baldwin on cajon for a particularly groovy trio of songs from their upcoming album, Band of Brothers. We’ve had a sneaky preview and it’s excellent – watch out for its release, any time now. Katie Spencer closed the first half with a set of brand new songs including a really beautiful meditative instrumental, as yet untitled – all gorgeous sounds, again taken from a brand new debut album release coming soon…

After a beer and a chat Dez Allenby opened the second half and was joined by Cathy Allenby on backing vocals for a marvellous set of folk songs. Cathy let rip with the tambourine and everyone joined with 39 Let it Rolls along the way. Ace. Brian Williams’ stunning harmonica blues songs were about relationships this month – Crow Jane was a highlight, I could swear Brian made the harp speak, he really did. Graham Graham Beck introduced his new band – the Gramaha keyboard – it sounded like there was a full orchestra in there (as well as The Doors). First off the premiere of his new song starting with the line ‘You can’t beat a beatnik for being weird’. Well I reckon Graham did, especially when he adorned his truly fantastic new headgear for Cardboard is King. Amazing! Superb songwriter Jim Orwin treated us to three beautiful compositions, my favourite One Bridge, Three Day Millionaires – which Rich was still singing around the house all the next day – and his real and evocative brother song to Gypsyville Girls, Boulevard Boys. How excellent to welcome Graham Brady to the stage, with the coolest, darkest set, the shiniest guitar, in great voice and with Brian Williams guesting on harp. Emily Thomson closed the show this month with three original songs and such a beautiful clear voice – mesmerising, like a mermaid.

Rich took this gallery of photographs, scroll though and have a look… 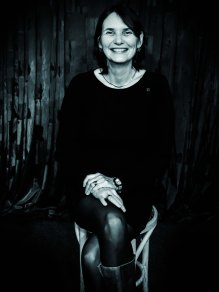 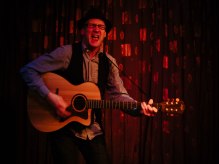 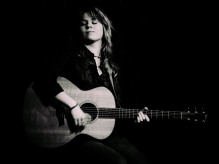 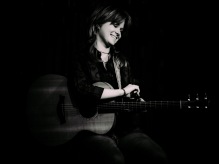 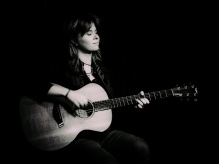 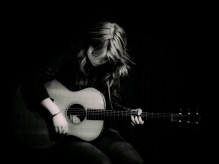 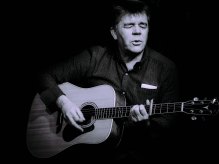 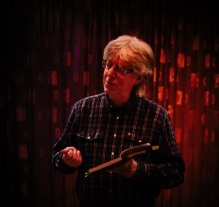 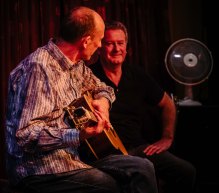 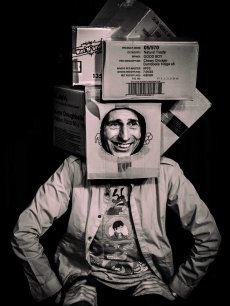 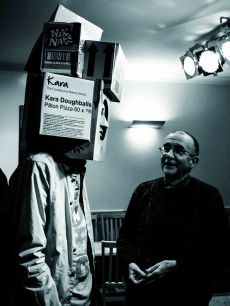 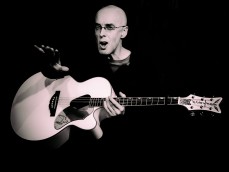 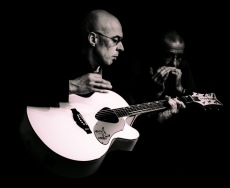 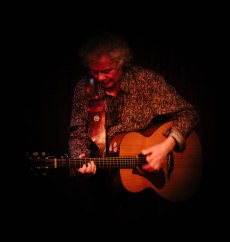 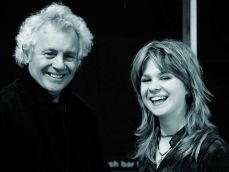 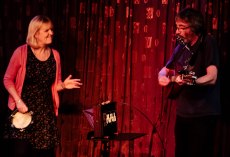 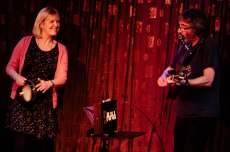 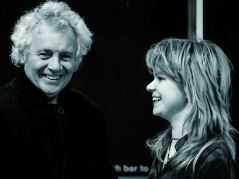 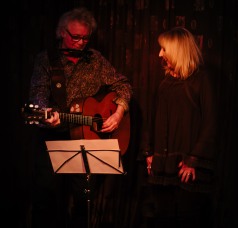 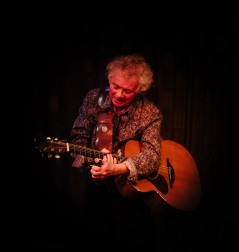 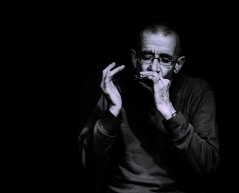 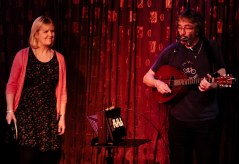 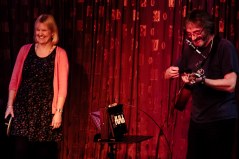 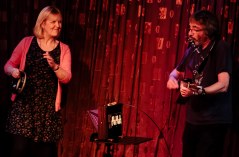 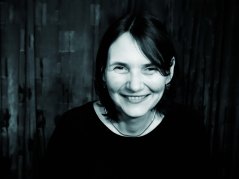 Thanks to everyone who has come to play and listen, and to Paul Sutton at The Back Room in Cottingham, a top live music venue. 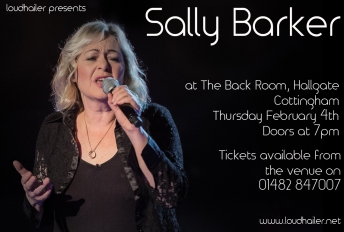 Make a date for the next Loudhailer Acoustic, Thursday February 11th – a change from the usual first Thursday of the month as we’ve got a Loudhailer Special with Sally Barker on Thursday February 4th. Tickets are selling fast so get them from The Back Room if you want to be sure of getting in, tel 01482 847007

One more date for your diary – our next Loudhailer Electric Company psychedelic gathering at Kardomah94 on Saturday 20th Feb, featuring ex members of Dead Fingers Talk, Red Guitars and Nazca Nine. We’ve got a support from the fabulous Dez Allenby, original member of the legendary acid folk trio Forest, and to top it all off there will be a full room psychedelic light show, designed and powered by L.A.D Events Limited. Tickets available from Kardomah94, or from us. 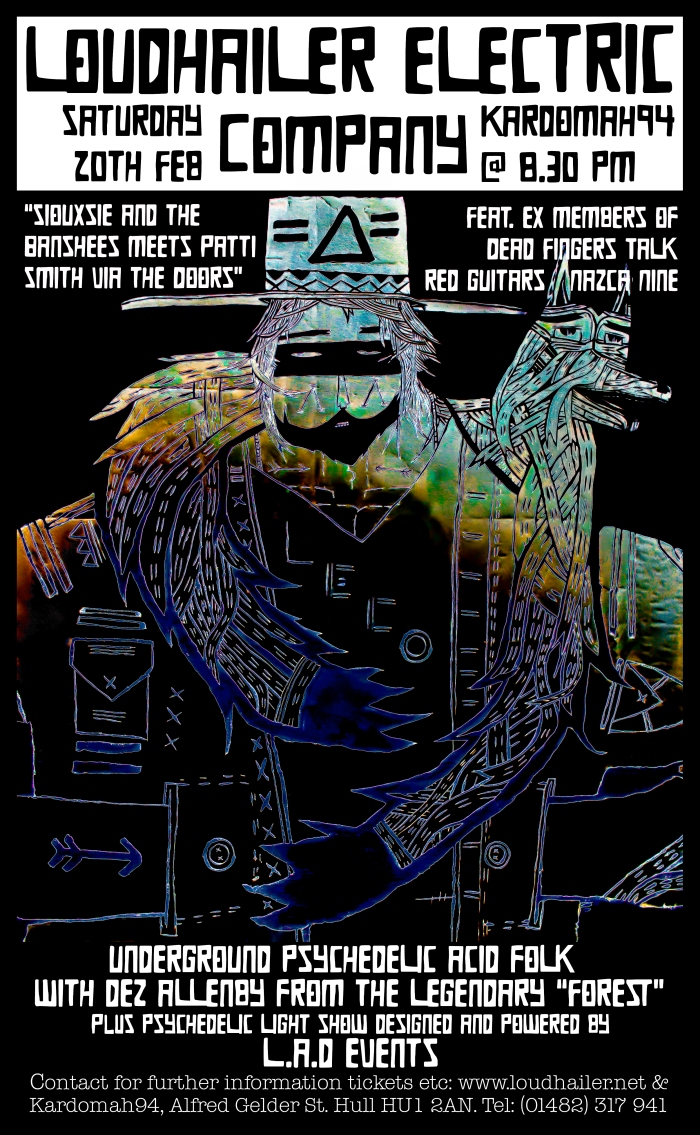