Dexter here. Last night I went to the best gig I’ve ever been to!

Me, my mum and dad went to see Kayhan Kalhor on the kamancheh playing with Fariborz Kiani on the tonbek at the National Early Music Centre. The night weaved in and out of rhythmic pizzicato and beautiful legato deep bowing. The pair played for ninety minutes however the time flew by as everyone in the room was mesmerised in a trance from the beautiful Iranian music captivated in the dreamlike masterpiece. It was the best gig I’ve ever been to and was hugely inspirational – what a treat! 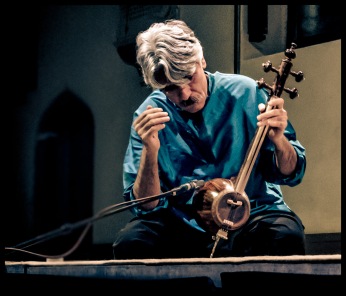 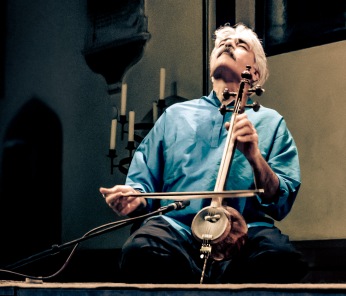 I first saw Kayhan in 2014 when I was 10, it was amazing and really influential to my violin playing and this is what I wrote about the concert then:

On Thursday 5th June I went to see Kayhan Kahlor in a church in the centre of York; the National Centre for Early Music. Kayhan plays an Iranian instrument called the Kamancheh. It is a Persian violin or Persian spike fiddle played like a small cello. He did a duet with a man named Ali Bahrami Fard who played a bass santur, which is like the in side of a piano and you hit strings with little hammers. The duet was an hour and a half with total improvisation. I sat on the front row. The music was unbelievable it was one of the best concerts I have ever seen. At the end he and Ali bowed and Kayhan smiled at me and they went off.

I met him after the show he came and said hi he gave me a hug and my dad took pictures and he asked me if I played any instruments, I said I played the piano and violin and dad took some more pictures and then we went.

As we were nearly outside the church gates we heard a noise we looked round and Kayhan was coming down the church path. We had another chat and he offered to give me some tips on the violin, which is brilliant! He also said to email him from time to time. Dad took some more pictures I thanked him said bye then got in the car and went home feeling brilliant.

I am doing this blog in his honour.

Thanks for reading.
Dexter.

Kayhan and me now 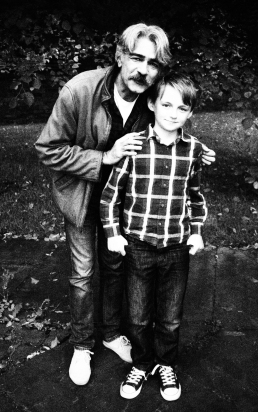 By Dexter Duffy-Howard and photographs by my dad.