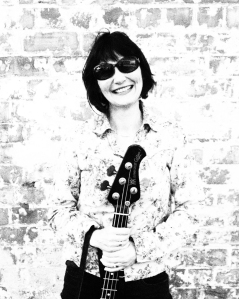 I am delighted to be in the club – The Tuesday Club that is!

Back in the day when I was in The Planet Wilson we played at The Flag in Wembley. We always had a top night thanks to Roger Millington on the desk. Well, the very same Rogerio Marauder is now keyboard player extraordinaire with the fabulous punky glamour band The Tuesday Club. We crossed paths once again when the Loudhailer Electric Company opened up for them at their new EP launch at Hull’s New Adelphi Club. It was a brilliant night out and the hottest gig I’ve played for some time in all senses of the word. Everyone played and danced their their socks off.

Following the gig I was invited to join the club, how cool! So, we had a virtual interview, and I enjoyed answering these questions as my rite of passage. Click to read the whole magazine, or the transcript below.

Tuesday Club: OK firstly, we’re sitting in The Cyber (the pub on the Internet) doing this… and it’s our round. What’ll it be?

Lou: Please can I have a cup of tea?

What was the last thing you heard/watched that was so good you just had to tell someone about it?

The amazing maestro of the viola da gamba, Catalonian musician and musical archaeologist, Jordi Savall. He has made over 230 albums, some wonderful collaborations and music for world peace projects. We all love his music in our family, and have been lucky enough to see him play a number of times.

There used to be badges and compilation albums proclaiming ‘Punk’s Not Dead’…but what do you think its current mortal state is?

Punk is alive and kicking here in Hull. I’ve just been running song and lyric writing workshops alongside Hip Hop emcee and songwriter Redeye Feenix at The Warren Young People’s Centre where punk is happening for sure. There are some fantastic young punk bands playing, recording and gigging round here.

How good is technology?

As good…or bad… as the person whose hands it’s in.

The Internet is brilliant and has had a huge impact on our access to information, networking, and all things creative. You can hear and see so much fantastic music at the touch of a button, you can find out about just about anything, and there are lots of platforms you can use to create a showcase for your work.

If you could be any character in any film, what film… and who would it be?

I imagine myself as various characters when I write songs. Rich & I are writing a cow punk set right now and this week I have been absorbed in the wild west, so maybe William Blake (Johnny Depp) in Jim Jarmusch’s brilliant psychedelic western, Dead Man.  We’ve got a set of literary and film inspired songs too, so I have been Lucia Atherton (Charlotte Rampling) in The Nightporter and Jane Henderson (Nastassja Kinski) in Paris Texas.  I’ve been historical characters too, a version of Valentine de Saint-Bris in Meyerbeer’s opera Les Huguenot and the woman in Millais’ pre-Raphaelite painting of the same name for our album The Auricula Suite. Last month I was Joan of Arc. We have a science fiction set too, and I love being Borg dudess Seven of Nine Tertiary Adjunct of Unimatrix 01, and of course, the first Federation captain to successfully traverse the Delta Quadrant, the unstoppable Captain Kathryn Janeway.

What was the last thing that made you laugh?

I always have a good laugh with my daughter and three sons when we are all together. My daughter has an especially good sense of humour and laughs a lot too.

You are now In The Club (The Tuesday Club, that is)… but what club do you actually wish it was?

Thank you that’s an honour.  The Loudhailer Electric Co. are friends of the fabulous Tuesday Club, and what a top night we all had at Hull Adelphi last month. That night was certainly a club of showmen and women – vivid colourful characters, musicians and performers who have a great time on stage…as well as spirited and unusual dancing in the audience.

If you had a time machine and could go back to any year in music, when would it be and why?

I’d go back to the music of 15th century Spain, North Africa, Armenia and the Balkans, to experience some of the original music that I love to listen to.

Where’s the best place to find your current musical endeavours on the Internet and what are you up to right now?

Rich & I are Rich & Lou’s Loudhailer, we write and play acoustically and also have a full psychedelic band, The Loudhailer Electric Co. We host monthly Loudhailer Acoustic Musicians’ Nights and have various music projects on the go most notably The Auricula Suite, My Ancestors were French and our newest venture, in the lead up to Hull, City of Culture 2017 – HullSongs. Start on our website and click around to find out more.

What question haven’t we asked you that you wish we had?

Are you sure you don’t want a glass of red?

Thanks to Roger and the glamour punk extravaganza that is… The Tuesday Club! 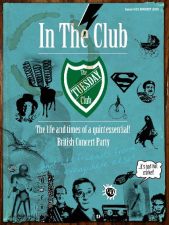 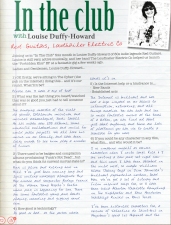 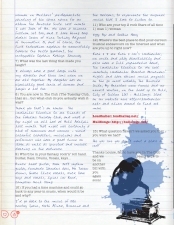 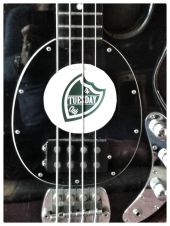